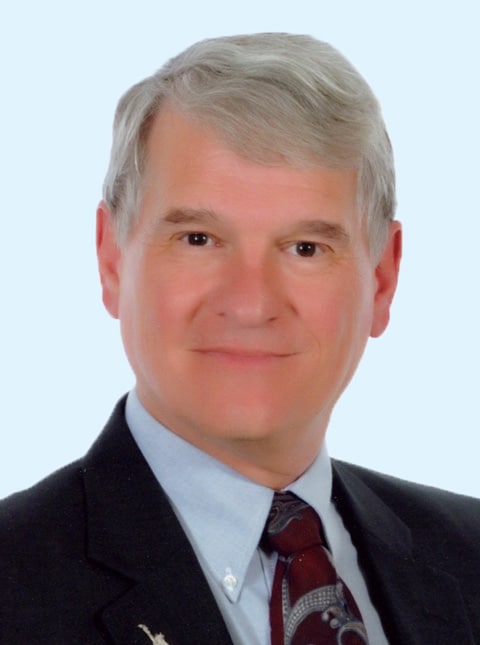 Ken Krawchuk, 65, was born and raised in the Feltonville section of Philadelphia, Pennsylvania. He and his wife Roberta have lived in Abington since 1981, a Philadelphia suburb, and have three daughters and three grandchildren (so far). Mr. Krawchuk is an avid whitewater canoeist, year-round backpacker, and railroad enthusiast.

He graduated with honors from Cardinal Dougherty High School in 1971, and in 1975 received a B.S. in Physics from St. Joseph’s University in Philadelphia. Additionally, Mr. Krawchuk is a graduate of the Abington Citizens’ Police Academy.

Mr. Krawchuk is also a freelance writer and a guest columnist for the Philadelphia Inquirer newspaper. His first novel, Atlas Snubbed, is a pastiche parody sequel to Ayn Rand’s Atlas Shrugged. It presents, as fiction, a new political concept: The Separation of Society and State, which is the central theme of the Krawchuk campaign.

Mr. Krawchuk is the founder and President of Ken Krawchuk & Associates Ltd., a 25-year-old Information Technology consulting firm, and has been a professional computer programmer since 1970. He currently serves as a business architect for the pharmaceutical, insurance, and financial markets.

Mr. Krawchuk is a freelance writer and author of Atlas Snubbed, a pastiche parody sequel to Ayn Rand’s Atlas Shrugged. He has also served as a guest columnist for the Philadelphia Inquirer newspaper.

Mr. Krawchuk is a professional public speaker and has been a member of Toastmasters International since 1997, achieving his Distinguished Toastmaster award in 2006. He regularly competes in speech contests, having won the finals at the District 38 Humorous Speech Contest, Evaluation Contest, and Impromptu Speaking Contest. He has served four terms as District 38 Parliamentarian and is the past president of two Toastmaster clubs and founder of the Libertarian Toastmasters club. In 2008 he was honored with the District’s prestigious John E. Foster DTM Achievement Award for his service to Toastmasters.

Mr. Krawchuk has been a registered Libertarian since 1993.

Also in 2000, Mr. Krawchuk sought the Libertarian nomination for vice president of the United States, ultimately placing third in a field of five.

In his 1998 gubernatorial race, he became the first Libertarian to break the 1% barrier for that office, and in his 1994 race for State Representative, Mr. Krawchuk became the first third-party candidate ever to be endorsed by the Pennsylvania National Rifle Association.

Between 1995 and 1997, he served two terms as the Eastern Vice Chair of the Libertarian Party of Pennsylvania, then three terms as their Legal Action committee chair. In 2002 he was elected state party chair, a position he held until 2004. He currently serves as Chair of the state party’s Judicial Committee and has been Secretary of the Montgomery County Libertarian Party since 2008.

What Is A Libertarian?

There are no upcoming events at this time.